On Saturday morning, I had planned to be up in plenty of time, out the door and in Exeter for breakfast, which would then be followed by a mooch around with Matt.  It didn’t happen quite like that.  I was up in time, but the getting dressed part was the hurdle that I fell at.  I am still blaming my long day hangover from Thursday for my lethargy.

Once I finally got myself properly up and dressed, I remembered that I needed to actually make an effort.  While I had been reassured that not all attendees of the South West Blog Social were beauty and fashion bloggers, I also didn’t want to face the immaculately dressed and beautiful without at least trying to look a bit better than normal.

I arrived on time at Oddfellows and was given a white wristband.  I think the white wristbands were for those who didn’t really fit into any of the other niches.  It was lovely to meet some new people, and I was genuinely surprised how many Devon based bloggers there are.  Everyone was really friendly and it wasn’t hard to strike up conversation.  I am hoping that there will be coffee meet ups with some of the people I met.

There were some set events in the afternoon – getting articles/a book printed, working with brands, blogger community and finding your voice.  I didn’t have much interest in getting printed (I’m still amazed that I have readers in the virtual world to be honest!), but I thought the other sessions might be more relevant and/or of interest to me.

I think I may have misunderstood the aim of the working with brands session though, as it seemed wholly geared to advertising on your blog, which isn’t something I am able to do even if I wanted to, which I don’t.  I’m sure that people who are able to and are interested in this found it useful, but I was expecting something different.

The next session was held by Jessica Debrah who started @FashBeautyLife and the #FBLchat on Twitter.  She was interesting to listen to and I think she had some great points to make, and it certainly opened my eyes to what is possible in terms of building and participating in a community.  It was certainly interesting listening to how she juggles her own blog and FBL in addition to her full time job.

I really wish that the last session of the day had been one of the first, as this was the session that I enjoyed the most.  Ruth Douglas spoke about creating your brand and finding your “you-ness”.  There were some brilliant ideas for getting over writer’s block and finding your blogging voice.  There were some tips that I hadn’t thought of or come across, such as themed months and annual planners, and practicing writing every day even if you don’t actually press “publish”.  Later on, over cocktails, Ruth also got me thinking when she said that words should be good enough, and that a photo isn’t absolutely essential, especially if it doesn’t add anything (the big caveat being pictureless posts are more difficult to pin on Pinterest).  This session, by far, was the most interesting, well delivered and relevant to me.

There was plenty to get involved with throughout the day and I enjoyed meeting new people, chatting about blogging, laughing about other things, having some bits added on to my manicure, nipping for a quick wander around John Lewis’s stationery section and then heading on for a few cocktails at Las Iguanas.  I think that Jodie and Albertine did a splendid job of getting the event organised and certainly put a lot of work into the sponsors, goodie bags and things to do.  I hope that there is a future event, as it seemed well received, but I hope that if there is a next time, there will be a bit more space (physically and in the timetable) for the talks – it was a bit squishy in the room where the talks were held.

Would I go again?  Yes, I would.  I learnt a couple of new things, met some wonderful and inspiring people, and I am quite looking forward to doing one or two of the Exeter Trails which were given out at the event.

One of the things that I wanted to do this year was to attend a blogging conference. I had originally put down for the Cybher conference which was due to take place at the end of May. I had spent a long time reading posts on last year’s conference, and I was really looking forward to learning all sorts of stuff. Sadly, Cybher was cancelled this year. There have been a couple of other blog conferences in London that I could have gone to, but I didn’t book in for any.

Then, I started looking for conference type things a bit closer to home, and came across #SWBlogSocial, which is being held in Exeter on Saturday 7th June. 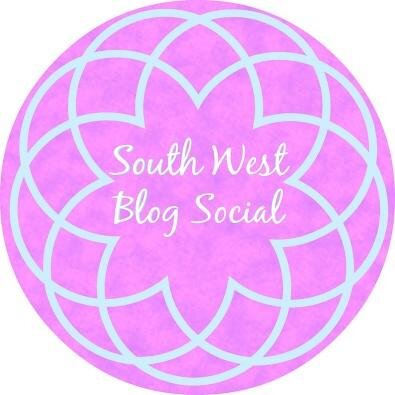 I am really enjoying blogging, and I like learning new things and meeting new people (once I get over my initial nerves!).  This is somewhat out of my comfort zone. From the tweets I have seen so far, most, if not all of the attendees are fashion and beauty bloggers, all of whom have more style in their little finger than I have in my entire body :-). However, I am really looking forward to going and learning whatever I can. Like Matt has said to me, even if it is fashion or beauty oriented, there will be things I can learn and take away from it.  And who knows, maybe some style sense might rub off on me and I will be forced to give up my uniform of plain tops and black jeans! 🙂

It will be a fun day out, it will be great to meet more bloggers and there will be cocktails which automatically make the world right!  Now I just have to work out my Juneathon plan, factoring that in to account (and the cocktails.  Must not forget cocktails).  Anyway, this is me…

Have you ever been to a blogging conference/meet up?  Any tips for me?

If you’re local, are you going to SW Blog Social? (if you are, please say hi! It’ll be lovely to meet you!)